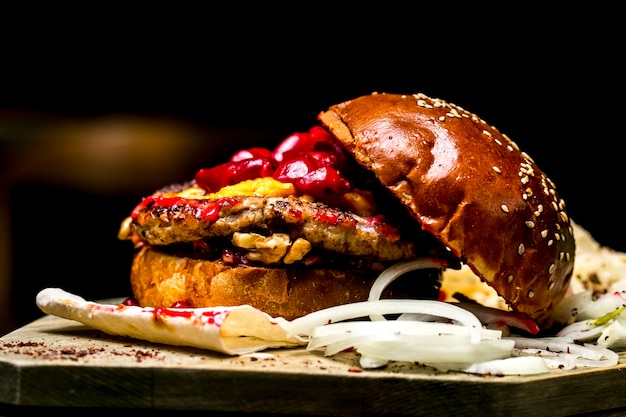 Lots of fast-food restaurants serve fish sandwiches. The fast-food historians like to say that this tradition dates back to when lots of Catholics opted for fish instead of regular meat during the Lenten season. In fact, Catholics traditionally avoided meat on Fridays in general in the old days. This was actually the reason why McDonald’s came up with the Filet-O-Fish back in 1962.

That “no meat on Fridays” tradition was relaxed with the Second Vatican Council of 1966. Very few Catholics stick to that old guideline, anymore. Yet we still have plenty of different fish sandwiches in fast-food joints. It’s probably because most people think that fish is the healthier option, since you get less bad fats and more of the omega-3 fatty acids that are good for your health.

Also, fish sandwiches can be quite delicious. That does depend on what fish sandwich you get, though. To make sure that you get the right one, here are some fish sandwich recommendations.

Popeyes is famous for the sheer, unbridled passion that fast-food fans have for their chicken sandwich. That sandwich is justifiably famous, with plenty of passionate recommendations on social media and long lines for the sandwich itself.

Meanwhile, Popeyes launched their Cajun Flounder Sandwich in early 2021. It’s not quite the classic that the chicken sandwich became, but that’s an unrealistic expectation. It’s like comparing apples and oranges. Even if you think that the flounder sandwich doesn’t quite match the yumminess of the chicken sandwich, this is still a great sandwich. In fact, some say that it’s the very best among all the fish sandwiches in the entire fast-food industry.

This flounder sandwich has the thick cuts of the sensational pickles, and the toasted and buttered brioche bun. These are the same stuff you find in the chicken sandwich. The size of the flounder is nice and hefty, with a mild and delicate taste. The crispy breading is terrific, packed with a great combination of seasonings and spices. The flavor is consistent with each bite, with the tartar sauce reinforcing the tang and acid of the pickles to balance out the fattiness of the fish.

The fans of this sandwich contend that it’s just as good as the Popeyes Cajun Flounder Sandwich. That may seem like an exaggeration, until you get a taste of this yourself and you understand why the fans are saying it’s the best. In fact, you may turn out to be one of those fans.

The cod in the sandwich has been freshly filleted and battered by hand, and that batter is nicely seasoned and offers a mildly sweet flavor. The fish meat inside stays hot and crunchy, with the meat bursting with juice. The generously buttered roll also adds its own sweet taste, and it just rocks. The tartar gets you that need acid pop, while the Wisconsin cheddar mixed into the shredded lettuce offers a nice jolt of flavor against the coolness of the green stuff

This is huge, and it’s great for those who has a real appetite for fish at any moment. You only pay a little over $5 for the giant fish sandwich, yet this should really satisfy your hunger. You have 2 pieces of huge batter-dipped fish, and these are actual fish instead of any kind of mystery meat. Then you have the shredded lettuce and the tangy tartar sauce, on a toasty bun.

It may be a simple concoction, but it’s also simply delicious and filling. The batter is light and airy, and the lettuce and tartar sauce serve to enhance the overall taste. You just have to think a bit on how to eat the sandwich, since both the filets are sticking out on opposite sides.

Sure, you hear “Arby’s” and you might think about their stacked roast beef sandwiches and curly fries. It’s not really a brand renowned for its seafood. But perhaps this King’s Hawaiian Fish Deluxe Sandwich will make them “nowned” in the first place.

The taste of this sandwich is different, as it feels so fresh and clean that it’s hard to describe. It’s the very ideal of that all-star piece of flaky crispy fish to which no one can say “no” to.

With the fish, you have the melty cheese, the virtually requisite tartar sauce, the expected lettuce, and tomatoes. The bun is especially nice, as it’s pillowy soft and offers that subtly sweet taste. It just doesn’t have anything wrong with it.

Fish is great, and you may want to stick to a “fish on Fridays” tradition yourself. It’s a simple way to add some variety in your diet, while you go out and have fun with family and friends.