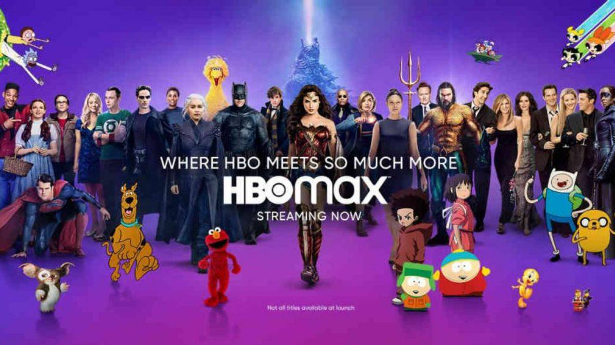 How To Get HBO Max On Android & IOS in Canada

HBO’s newly launched online streaming platform, HBO Max, is killing it among the users. Its subscriber count rose to over 73 million in less than two years. First launched in the US, the service has expanded to 46 countries worldwide.

HBO Max has a significant advantage over Netflix and other streaming platforms. As soon as HBO Max made its way into the market, it had over 10,000 hours of content, including HBO’s TV shows, a great collection of other licensed TV shows and movies. This way, it could attract a larger audience rather quickly than the others.

The main reason behind the quick popularity of HBO Max is the exclusive release of popular movies on the platform. WarnerBros has decided to release its films in theaters and HBO Max on the same day. This strategy has single-handedly attracted audiences worldwide to the streaming platform, making it one of the most popular in a short amount of time.

Today the streaming platform has popular movies like Batman (2022), Duke, the Harry Potter movies, The Lord of the Rings, and many others. Similarly, tons of exciting TV shows like Friends and Pretty Little Liars are available for streaming.

Existing customers of HBO can switch to HBO Max for free and get access to a massive catalog of content. In contrast, the ad-free HBO Max account costs $15 a month for new customers.

Can We Watch HBO Max in Canada?

Though HBO Max has been continuously expanding its services worldwide, Canada does not have it yet. If you are in Canada temporarily or permanently, you will need a VPN to access HBO Max Canada. A VPN is the easiest way to access your favorite content on HBO Max, irrespective of your location.

A Virtual Private Network or VPN makes it difficult for HBO to understand your actual location. This is because a VPN hides the IP address of its users so they can easily use a different location to access platforms that are blocked in their region.

Just make sure the VPN you are using is worth trusting and has positive user reviews. Though HBO Max is not going to get your actual location, your VPN service does get it. And since you will use it for several minutes and hours, you don’t want to compromise your privacy.

Getting an HBO Max application on your Android phone is different for users in and outside the US. If you open the PlayStore and search for HBO Max, you will find nothing like in Canada. This is because the application has not yet been released in the country.

Fortunately, you can successfully install HBO Max Canada or anywhere outside the US on your Android phones by following these steps:

Open the PlayStore application and access settings. Here, you have to open the account setting and access preferences. Under this option, you’ll find the option to change your country. Just select the US or any other country with HBO max.

Step 3: Connecting to a VPN

Now you need to connect your device to a VPN. Without a VPN, the application will not work due to geo-restrictions. Open your VPN application and connect to any server within the US. Then open the application, log in with your credentials, and you are good to go. Now you can watch all your favorite content directly on your phone in Canada.

Getting HBO max Canada on iPhones

Downloading the HBO Max application in Canada on an iPhone is more complex than Android. The rest of the process is the same for Android and iOS devices.

There is no way you can change your location manually in the iOS AppStore. So what you are going to do is make a new Apple ID, but the default location needs to be the US. For that, you can use your Canadian phone number.

Complete the process and log in to the AppStore using your new US Apple ID. When you search for HBO Max, you will be able to download it to watch your favorite movies and TV shows without having to worry about geo-restrictions ever again!