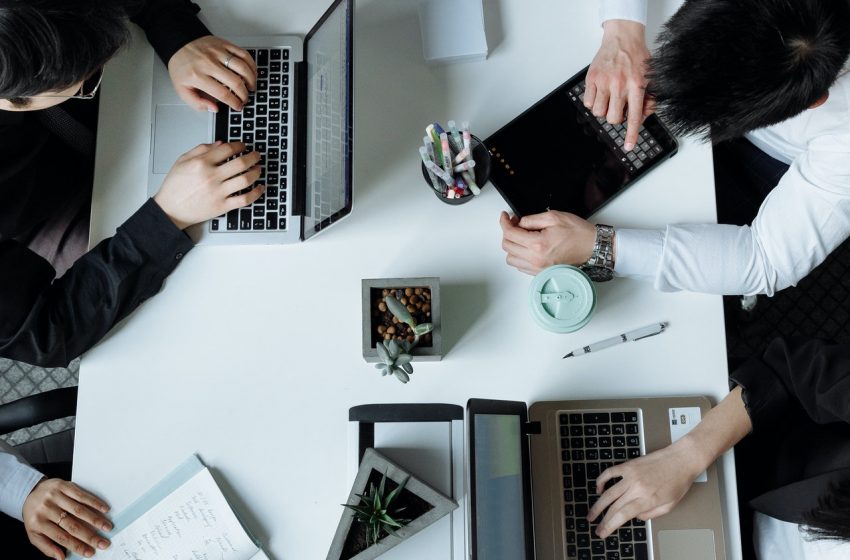 Transforming A Challenge Into An Opportunity

The Story of A Borderless Company with Limitless Ambitions

When the COVID-19 was identified by the World Health Organization (WHO), people were hoping the viral infection’s spread would only last a few months. Two years and multiple variants later, we are all still waiting for the much-anticipated moment when the news anchors will announce, “Today, we have completely defeated the pandemic!” Nobody could predict that this crisis would last this long and leave people in an economic crisis as devastating as, if not more than, the Great Depression. IMF reported that global growth in 2020 fell to a meagre -3%, which was worse than what it experienced during the Global Financial Crisis.

In the wake of the pandemic, organisations had to upgrade their operations for survival. Employers had to distance their workers from the offices and devise new ways to continue performing conventional duties from home. Consequently, many organisations had to downsize to keep things running. Office of National Statistics UK reported that one out of four people were unemployed during the troubling times. However, companies willing to provide remote work opportunities offered a ray of light in the darkness, like the Stockholm-based creative tech company, Klingit.

Klingit was founded in 2020 by experienced entrepreneurs and designers Teddy Wold and Rikard Hegelund. While others were still coming to terms with adjusting to the ‘new normal,’ Klingit’s founders were a step ahead. They realised the potential of remote work and set their sights on creating a structure where remote work wasn’t the last resort or a form of damage control but the norm. This innovative mindset helped them leverage its potential for taking their business to the next level.

With a workforce that’s not bounded by location, both Wold and Hegelund aspire to change the way organisations operate, even in the post-pandemic era.

“Our vision is to help make the world’s companies work better. We believe the world is under-designed and that it, in turn, kills millions of potential business opportunities every day,” says Rikard Hegelund, CEO and co-founder of Klingit. In today’s uncertain times, having organisations like Klingit can be a silver lining, especially for talented professionals from different countries who can benefit from the right opportunities.

The company’s purple patch came when organisations were having trouble with efficiently managing their remote employees. Klingit’s business model comprises the entire team, including the creative directors and project managers, operating virtually. The technical workforce is spread across continents. The results have been quite fascinating for the Stockholm-based start-up. When asked about what it’s like to manage a workforce that’s spread in different parts of the world, Wold shares, “It’s interesting, given that we’re not restricted by anything. We give our clients faster turnaround time because we have people working round the clock, without anyone working extra hours.” Customers at Klingit are offered a fixed-price subscription with different volumes and corresponding production rates. The orders are handled via the company’s interface, where the customers are guided through the process. Each order is assigned to designers with the right skills who produce the products and share them with the client for review and feedback.

By the looks of it, it would seem that the co-founders have recently tapped into uncharted territory on how modern businesses should operate. However, Hegelund is no stranger to devising unique business propositions. In 2015, he founded Workaround, a digital platform that provided short-term contracts for office spaces to small business owners. Hegelund identified that several office spaces were empty because owners either couldn’t afford stronger workforces or had to minimise operations for some reason. Under this platform, contractors could rent out cheaper office spaces they previously couldn’t afford.

This unique business idea is a testament to Hegelund’s strategic wisdom, which also manifests itself in Klingit’s success. Apart from that, Wold’s visionary mindset is the second major catalyst behind Klingit’s growth in the digital arena. Often renowned for taking unconventional methods, Wold was always tech-savvy. Prior to starting Klingit, he established an e-learning portal for teaching HTML coding to school children. As a freelance web designer, he also worked with numerous clients before channelising his services into initiating a start-up known as ACT. However, his drive to keep going enabled him to later join hands with Hegelund to lay the foundation for Klingit.

One of the significant reasons Klingit is thriving under the most trying circumstances is its limitless ambitions. They have a clear vision of the end goal and the benefits that lie at the end of the journey. Holding true to the saying, “To create a great organisation that’s fit for the future, keep your sights higher,” the founders are determined to explore more ways of growing and facilitating their virtual teams and clientele.

For optimistic opportunists whose focus is on finding solutions rather than being demotivated by challenges, every day brings new ways to counteract predicaments and defeat challenges, and this enhances resilience. One aspect that separates Hegelund and Wold from others is their flexible framework that outlines their future path. As a result, they ensure clarity amid the uncertainty and create workable solutions for any potential roadblocks.

Other leaders have been recognising this accomplishment and this has led to Klingit developing partnerships with reputable leaders, including WiT Ventures and King’s founders, Sunit Mehrotra and Frank Hollingworth. As a result, the company has received SEK 8 million in the first round and an additional SEK 20 million in a financing round. “We are very happy to be part of Klingit’s journey. In addition to money, we will also contribute with operational support, develop services and look at further acquisitions to grow in Europe,” says Elias Jacobson, partner and co-founder of WiT Ventures.

Everything is about innovation in today’s digital world, especially if one wants to counteract a global crisis. An organisation may need to adopt new processes, address psychological and physical impacts to personnel, devise new technological advancements, and focus on countless other elements. And if the world is hit with another crisis, they must plan for reconstitution – perhaps a bit more smoothly than the last time. However, an organisation like Klingit is already miles ahead when it adapts to unprecedented changes quickly and naturally and prepares to deal with challenges, come what may.